How To Talk To Your Toddler So They Listen To You

If you’re wondering how to talk to your toddler so they listen to you, I have some tried and true tips for you to try!

But first, a little humor…

has anyone seen the Jerry Seinfeld skit where he talks about children?  He says something along the lines of, when you’re a kid, everything is down.  Slow down, calm down, put that down.  And its hilarious.  (Seriously, YouTube it.)

Because it is kinda true.  Kids get corrected a lot throughout the day (or at least, my kids do…).  Not because they are particularly naughty or bad, but merely because they don’t yet know what they should do.  Most toddlers want to please their parents.  They love praise and thrive on getting attention.  So, in an effort to capitalize on that…

We can start by changing the language we use to talk to them.

For example, when we talk to kids, we often use language that is what I like to call Don’t Language.

Don’t touch that.  Don’t jump on the couch.  Don’t play with water in the house.  And on and on.  This sort of language gives children a great idea of what they shouldn’t do.  But it is frequently frustrating for them.

How many of you can think of times when you’ve used Don’t Language with your child and seen the subsequent pout or grumbly face.  It happens to me ALL THE TIME.  Did you know that there is alternative though?

Instead of saying:  “Don’t touch my computer,” you can say,  “Here, play with this car.”  How much more agreeable will your child be to that?  You can change, “Don’t jump on the couch,” to, “Come sit next to me.”  And, “Don’t play with water in the house,” can turn into, “You can play with water outside after lunch.”

Using, Do Language does three important things. 1) It turns a negative interaction into a positive one.  2) It gives your child an idea of what they should be doing.  3) It gives your child an opportunity to please you.  You walk away from the exchange feeling like a great parent who was able to calmly address a bad behavior and change it with a sweet suggestion, and your toddler feels like a great kid who was able to please mommy or daddy by doing what they asked!  Its a win-win!

While we’re on the subject, here are FIVE tips on how to talk to your toddler so they listen.

1. Use your kid’s name, pause, and wait for them to look at you prior to giving a direction.

Frequently, my husband gets frustrated that my daughter isn’t listening to her.  And he’s right.  She IS NOT listening to him because she doesn’t even realize that he is talking to her.  When we use her name, pause and wait for her to look at us (which is a huge indicator of listening), and then give a direction, she is MUCH more likely to comply.

2. Whenever possible, be in close proximity and make eye contact when giving a direction.

Both of these things help to ensure that your child actually hears what you say.  I know that you can’t always do this, but it really does help increase the change that your child will comply.

If you want your child to put their shoes on, just say that!  “Sally, put your shoes on please.”  Often, we say a lot more than we need to.  “Sally, it is time to go to the store!  We need to get eggs and milk, so you’d better get your shoes on so we can leave quickly.”  Depending on the age of your child, that can be a lot of information to process.  In addition, it may provide MORE information than they need and get your little darling off on a tangent (like finding their toy eggs, or getting a purse to carry – all of which is cute, but not helpful when what you really need is for them to get their shoes on).

4.  Use commands and not questions.

This one sort of rubs against our sweet momma grain.  We’re so used to using polite language when talking and it sort of feels mean to be direct with others.  But trust me, using commands instead of questions makes a big difference.  For example, when you say, “Sally, would you please put your shoes on?” you’re asking her a question.  And her answer to your question may very well be NO!  So don’t give her that opportunity.  Instead of asking her to put her shoes on, tell her to do it.  You can still say it in a sweet voice and say please, so you don’t feel like you’re being mean, but be direct.  You will see so much more compliance when you are.

Many children respond well to first/then language.  “First, put your shoes on.  Then, we’ll head to the store.”  This give your child an incentive to follow your direction (assuming they want to go to the store).

And most importantly, praise your child frequently and enthusiastically when they listen.

This is a big one, folks.  Behavior that has been praised is more likely to be repeated.  So in this instance, following directions has been praised, so your child is more likely to follow directions in the future.  It is so easy to expect compliance and to have it go unnoticed.  When you tell Sally to put her shoes on, she does, and you head out the door.  But next time, instead of just taking her hand and leading her to the door, stop for a second and say, “Sally!  Look at what a good listener you are!  You put your shoes on!”  Now, Sally has all the warm fuzzies of being praised, and is MUCH more likely to put her shoes on the next time you tell her to.

So there you have it.  Five tips on how to talk to your toddler so they listen to you.

They aren’t hard, but it does take some practice to change your old habits.  Changing behavior is hard – even changing our own!  So practice and ask your spouse to catch you in some of your old habits.

Will this work every time?

I wish!  But no.  It is a great start though.  Using Do Language, calling our child by name, waiting for eye contact, using short commands (not questions!) and praising your child when they comply will increase the likelihood that your toddler will listen, and will help you maintain your calm.

And if your toddler spirals into an epic tantrum after being told to put their shoes on, like mine so often has, check out my tips on how to deal with toddler temper tantrums! 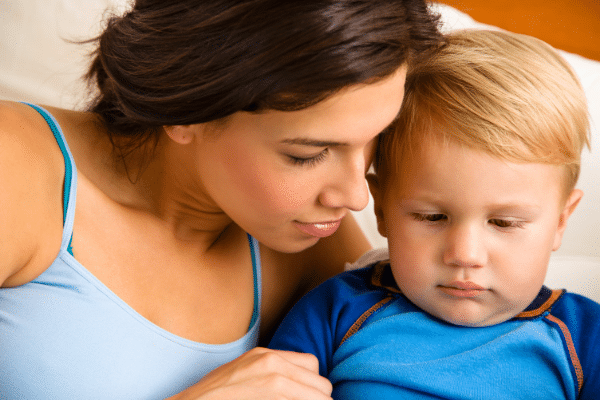 How A Toy Hoarder Declutters Toys 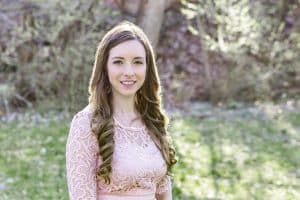 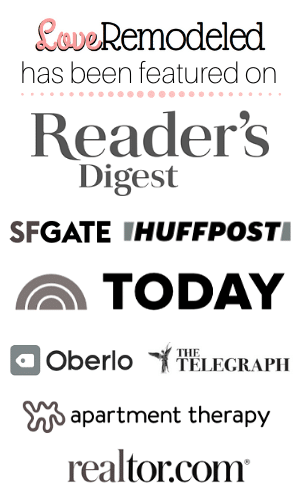