Why is this color called Colonnade Gray?

A colonnade is a group of pillars or support system for a roof. They were frequently used in ancient architecture and in traditional styled modern architecture. This style of supports have survived the test of time, both in popularity and in longevity.

Because of this meaning, I would speculate that Sherwin Williams’ chose this name for the striking shade because of its classic appeal. While it is not a dark color, it is strong, and will lend a bit of depth to a room.

In addition, colonnades were typically constructed out of earthen material – whether it was marble, limestone or painted timber.

Colonnade Gray is a distinctive gray/beige shade, reminiscent of the color of ancient colonnade pillars.

Colonnade Gray has beige, gray and green undertones. It will never look green on your walls, but when paired next to a bluish gray or a purple-ish gray, it will be evident that the undertones of Colonnade are different.

Here, you can see Colonnade Gray when compared to a blue gray, purple gray, true gray and beige gray. This demonstrates how the green and beige undertones become more evident.

Is Colonnade Gray warm or cool?

Colonnade is a neutral color with a bit of warmth to it. While many grays lean cool given their bluish undertones, Colonnade has beige undertones, making it lean slightly towards a warm color.

Is Colonnade Gray a greige color?

Yes! Colonnade Gray is a greige that leans more beige than gray, but will definitely look gray on your walls.

Greige paint colors are hugely popular right now. They are perfectly neutral. They can go with brown wood furniture, gray upholstery, white trim, or pops of whatever color you choose. Because of this, they are an amazing foundational shade for your home’s color scheme.

How dark is Colonnade Gray?

When compared to many greiges, Colonnade is actually on the lighter side. Sherwin Williams’ rates the Light Reflective Value (LVR) at 53, which puts it in their light category. While it will have a bit more depth than the popular Agreeable Gray, Repose Gray and Accessible Beige, it won’t make the room feel smaller, and will highlight white trim in a very nice way.

Where should I use Colonnade Gray?

I used Colonnade Gray in the basement of my home when I was looking for a greige that had a bit more depth to it than my tried and true choice of Agreeable Gray. I love how it looked when paired with the shiplap accent wall I made, and thought that it was a great choice for the space.

Colonnade Gray is a timeless, neutral color that will work well in most homes.

If you’re not sure about Colonnade Gray, be sure to check out Sherwin Williams’ Top paint colors. There is sure to be something on the list that you like!

Oh, and before you go…

Pick up everything you need to paint your house! 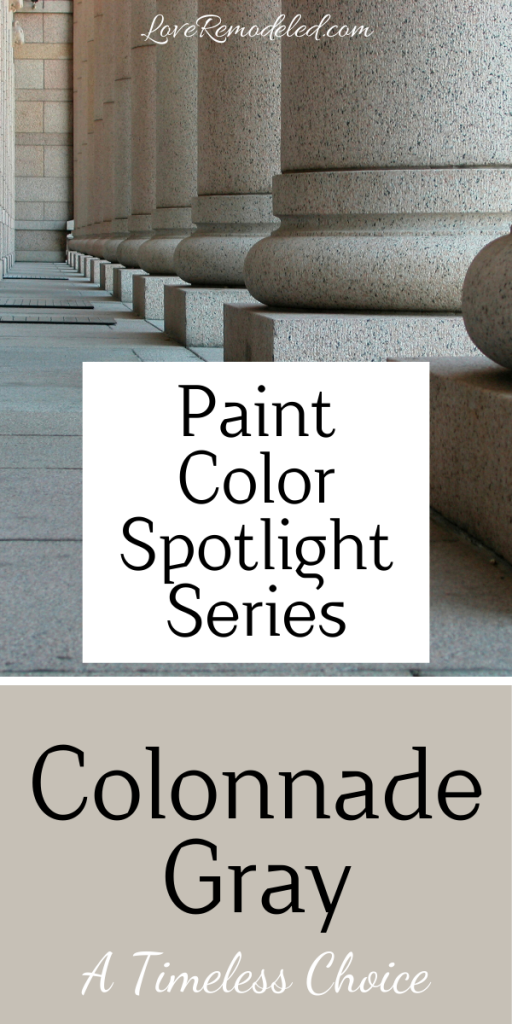 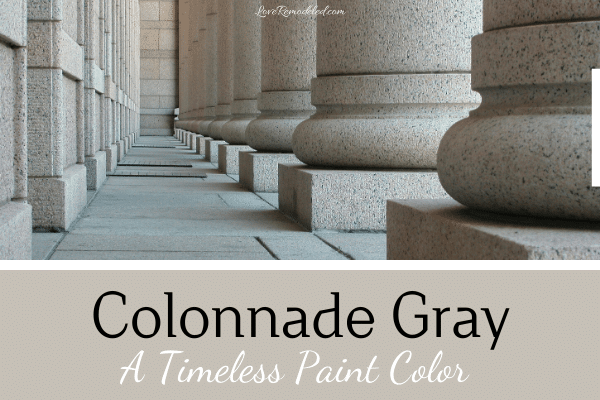 To Spray or Not To Spray 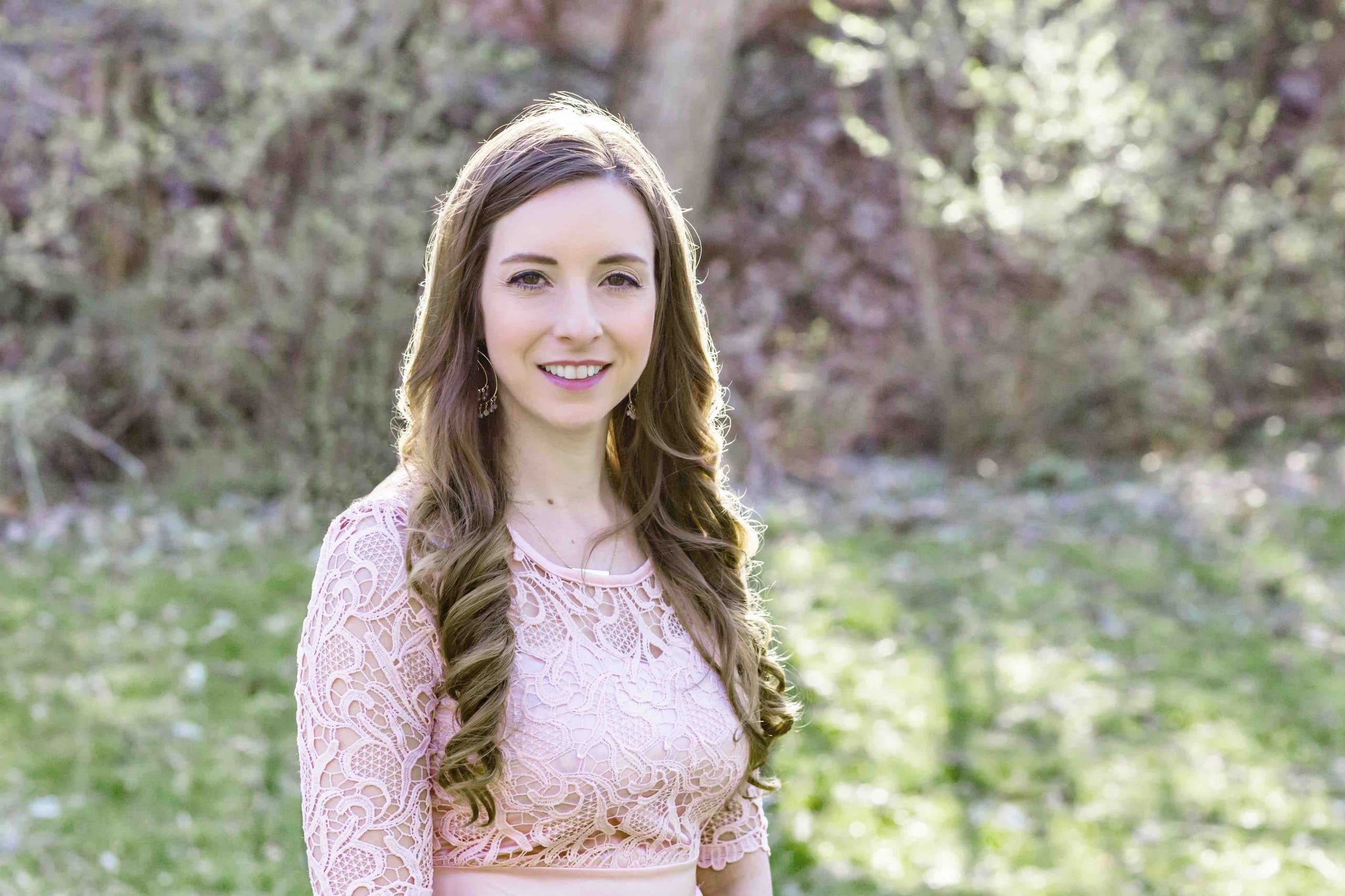